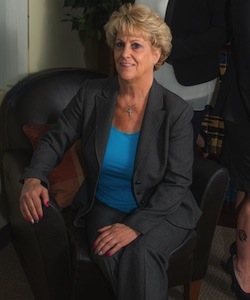 Criminal defense & juvenile dependency attorney Karen E. Lockhart began her law career as a Law Clerk, working for an established Orange County law firm, in 1989. She attended school at night and on weekends, while gaining invaluable experience working full time in the area of criminal defense. Ms. Lockhart became a certified law clerk while attending law school, and appeared in court under attorney supervision. By the time she graduated law school and passed the bar in June of 1993, Ms. Lockhart had written more than 200 criminal writs, motions and appeals, which were litigated in the criminal courts. On June 2, 1993, Ms. Lockhart was admitted to the State Bar of California. Early on in her career she volunteered as a pro bono attorney at the Orange County Public Law Center, and worked as a volunteer arbitrator for the Better Business Bureau, in addition to running her own law practice.

After relocating to Riverside County in 2002, Ms. Lockhart spent approximately 5 years as a contract attorney for the Criminal Defense Lawyers, in addition to maintaining a successful private criminal defense and juvenile dependency practice. Additionally she has been a speaker for the Riverside County Bar Association, continuing education class, entitled “Criminal Law Boot Camp”, and has sat as a Judge Pro Tem at the Southwest Justice Center, in Murrieta.

If you need representation in the area of criminal defense, or are a parent that seeks representation in a juvenile dependency matter, contact attorney Karen E. Lockhart at (951) 698-5191 for a free, confidential consultation.